The Manhattan Project: The Birth of the Atomic Bomb in the Words of its Creators, Eyewitnesses, and Historians 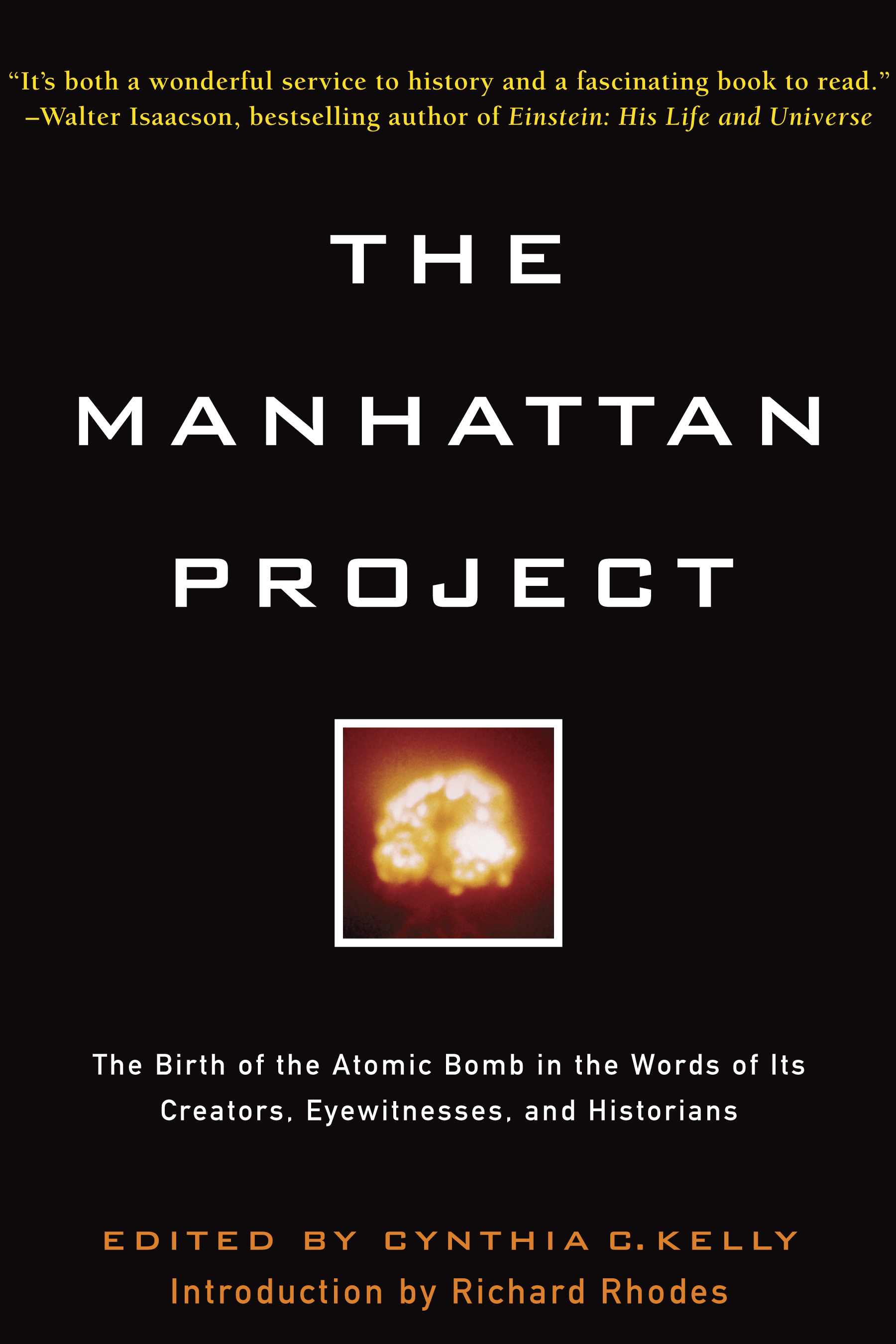 From the inside book cover: Born out of a small research program that began in 1939, the Manhattan Project brought together the scientific community and the military to create and perfect a weapon more powerful than any the world had known. Racing against time as the war raged in Europe and Asia, the Project would eventually employ more than 125,000 people and cost a total of over $2 billion. This groundbreaking book collects the writings and thoughts of the original participants in the Manhattan Project, along with pieces by the most important historians and interpreters of the subject. It is a rich and comprehensive compilation of documents, essays, articles, and excerpts from histories, biographies, plays, novels, letters, oral histories, and more, and is the freshest, most multi-faceted exploration yet of the topic. 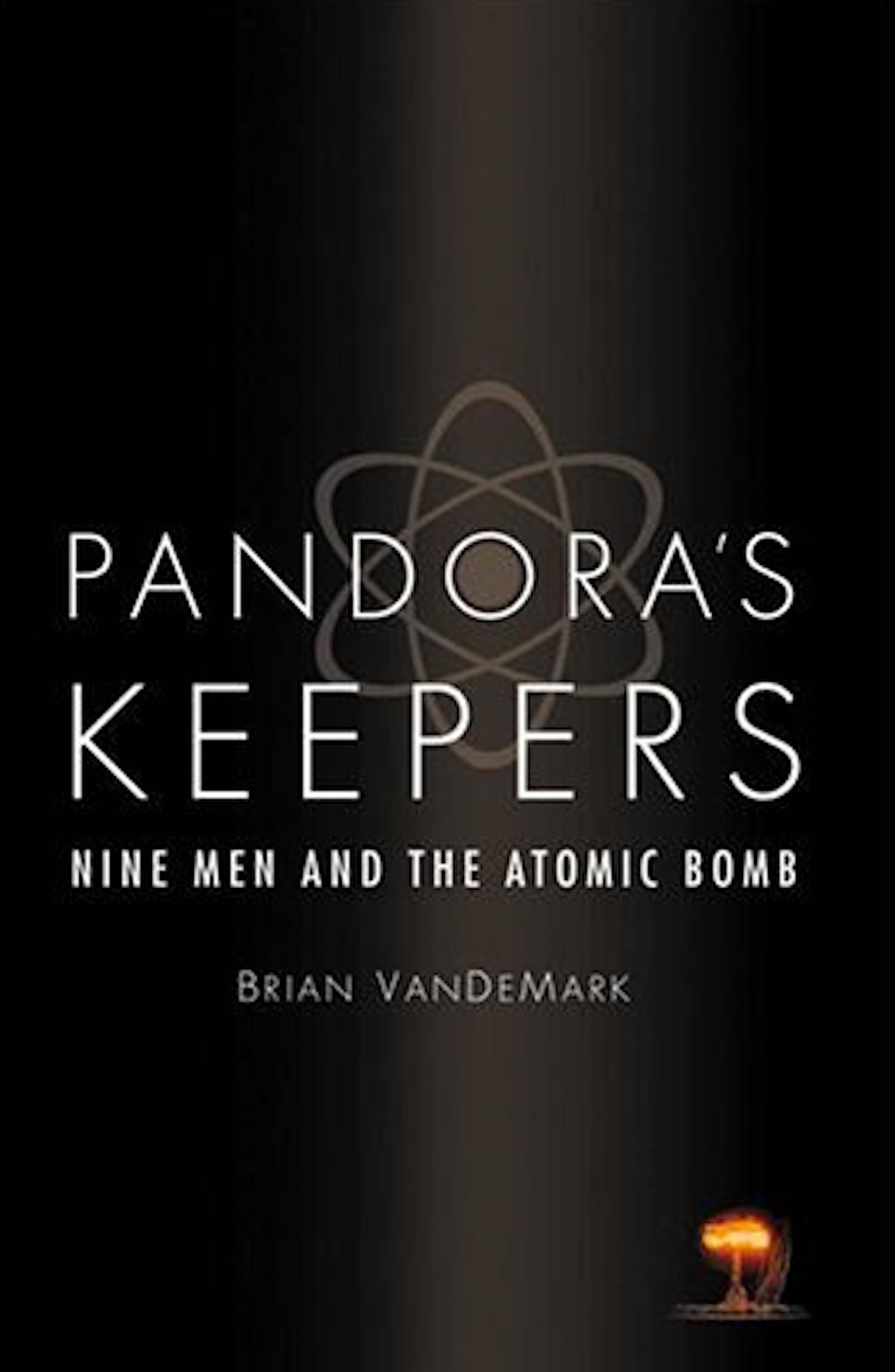 In explaining the lives and struggles of nine men—Oppenheimer, Teller, Fermi, Bohr, Lawrence, Bethe, Rabi, Szilard, and Compton—Brian VanDeMark superbly illuminates the ways in which these brilliant and sensitive men came to terms with their horrific creation. The result is spectacular history and a moral investigation of the highest order. 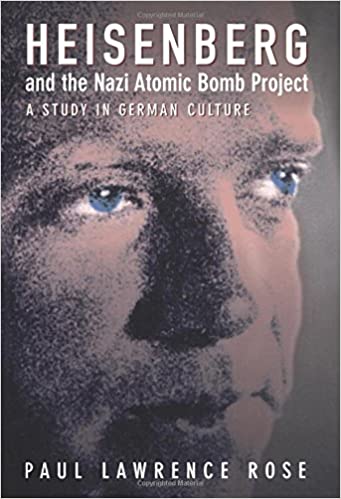 "During the Second World War, the nightmare of a Nazi atomic bomb project under the leadership of Werner Heisenberg played a significant role in propelling the world into the nuclear age. After the war, German scientists including Heisenberg took credit for diverting the regime from pursuing a bomb, for moral as well as practical reasons. In this important and absorbing book, Paul Lawrence Rose meticulously documents a radically different view of what happened in Germany during the war. Rose has made an indispensable contribution to the literature of this important episode." 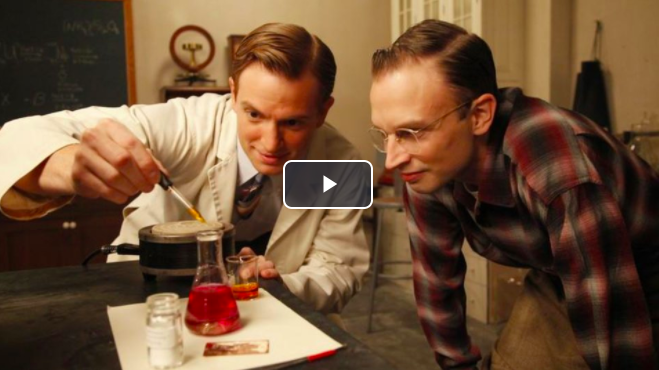 Caught up in the race to discover the atom's internal parts—and learn how they fit together--is a young British physicist named Harry Moseley, who uses newly discovered X-rays to put the Periodic Table in a whole new light. And a young American chemist named Glenn Seaborg creates a new element—plutonium—that changes the world forever, unleashing a force of unimaginable destructive power: the atomic bomb.

J. Robert Oppenheimer: The Cold War, and the Atomic West 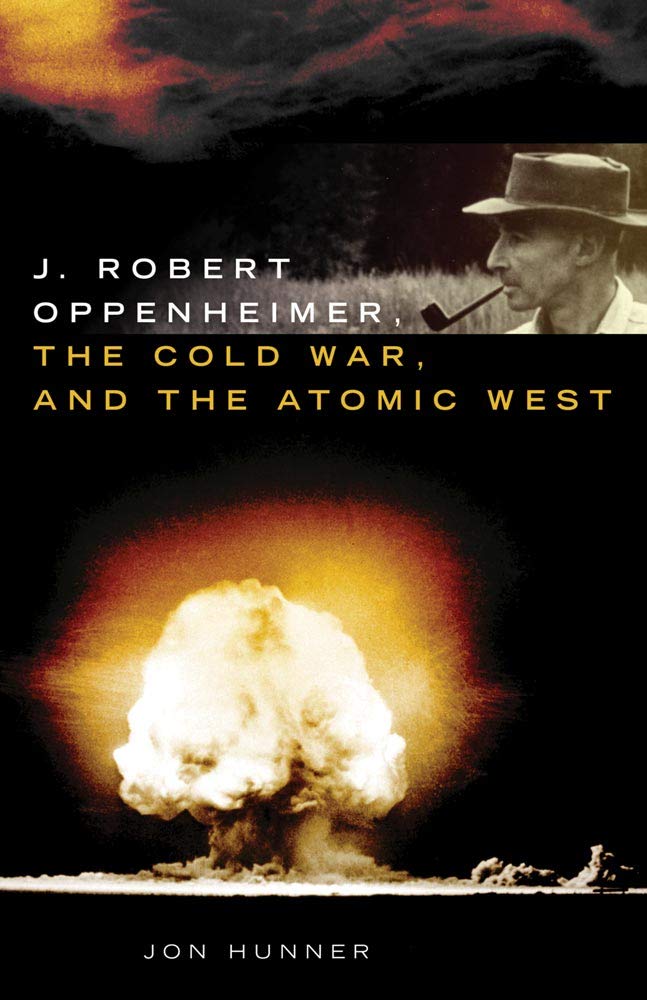 From the publisher's website: "Interwoven into this atomic tale are insights into the physicist’s troubled growing-up years, his marriage and family life, the bombing of Hiroshima and Nagasaki, and Oppenheimer’s eventual downfall. After the first atomic bomb burst over the New Mexican desert in 1945 and as the Cold War developed, the American myth of the Wild West expanded to encompass atomic sheriffs saving the world for democracy—even as powerful opponents began questioning Oppenheimer’s place in that story. Against the backdrop of the physicist’s life twining with the region’s history, Hunner explores the promise and peril of the Atomic Age."

Nuclear Dawn: The Atomic Bomb from the Manhattan Project to the Cold War 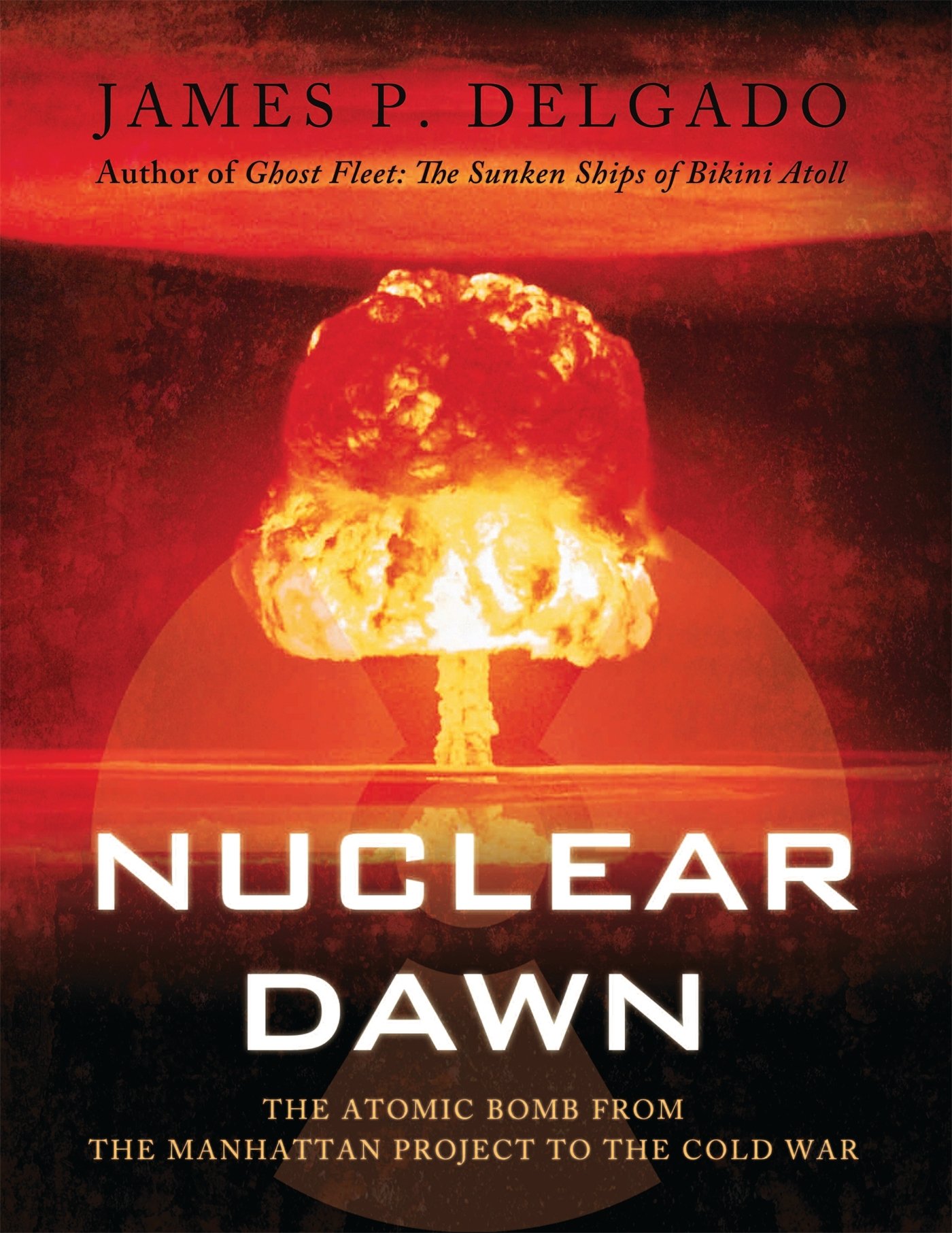 From the publisher's website: The obliteration of Hiroshima and Nagasaki in August 1945 brought the world to a stand still. This unimaginable shock confirmed to the world that the race to develop a working atomic weapon during World War II had been won by the American-led international effort. Horrific and controversial even today, these first uses of the atomic bomb had intense ramifications not only on the continued development of the bomb, but also on politics and popular culture. As well as the technological development, historian James Delgado also examines how the US Army Air Force had to develop the capacity to deliver the weapons, and examines the sites where development and testing took place, in order to give a comprehensive history of the dawning of the nuclear age.

The Making of the Atomic Bomb 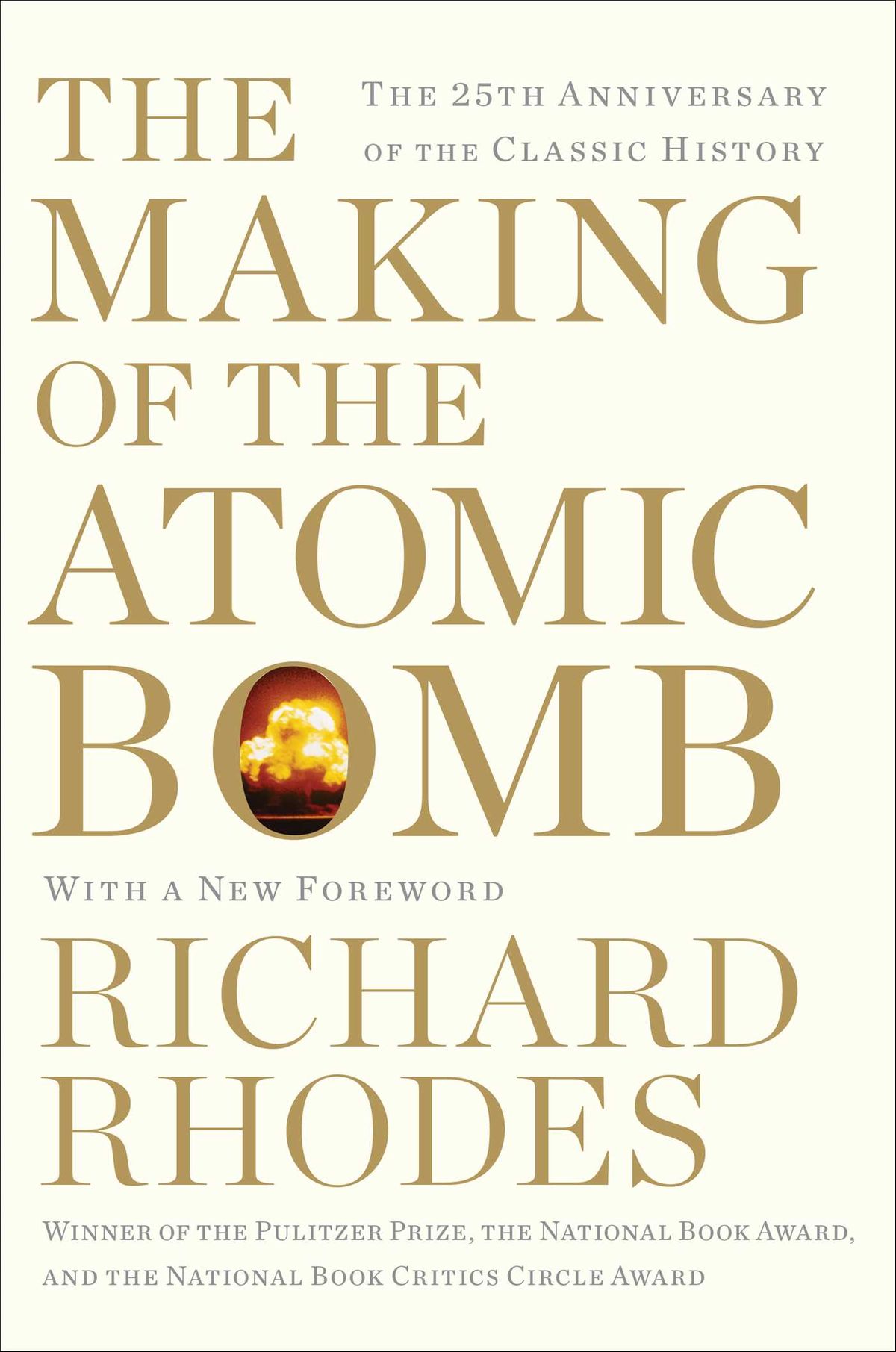 "The Making of the Atomic Bomb is an epic worthy of Milton. Nowhere else have I seen the whole story put down with such elegance and gusto and in such revealing detail and simple language which carries the reader through wonderful and profound scientific discoveries and their application. The great figures of the age, scientific, military, and political, come to life when confronted with the fateful and awesome decisions which faced them in this agonizing century. This great book dealing with the most profound problems of the 20th century can help us to apprehend the opportunities and pitfalls that face the world int he 21st."

Trinity: A Graphic History of the First Atomic Bomb 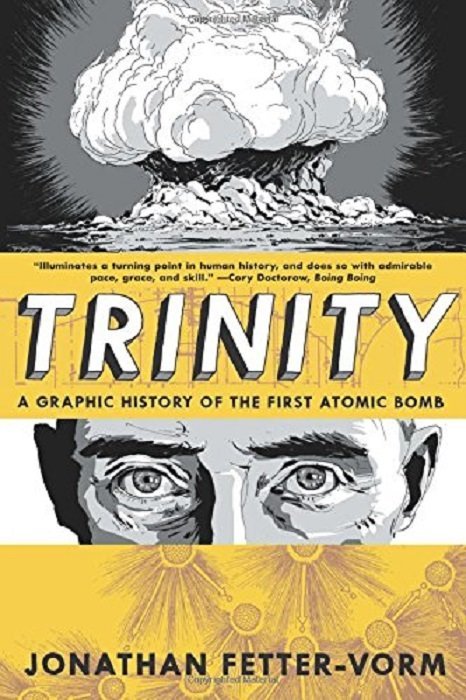 A graphic novel account of the race to construct the first atomic bomb and the decision to drop it, tracing the early research, the heated debates, and profiles of forefront Manhattan Project contributors

Enola Gay and the Court of History 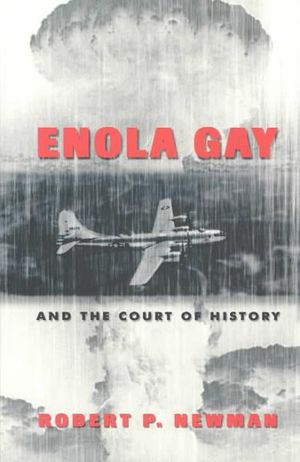 In this hard-hitting, thoroughly researched, and crisply argued book, award-winning historian Robert P. Newman offers a fresh perspective on the dispute over President Truman's decision to drop the atomic bomb on Japan in World War II. Newman's argument centers on the controversy that erupted around the National Air and Space Museum's (NASM) exhibit of Enola Gay in 1995. Enola Gay and the Court of History is compulsory reading for all those interested in the history of the Pacific war, the morality of war, and the failed NASM exhibition. The book offers the final word on the debate over Truman's decision to drop the bomb. (source: Google Books)