*database navbar layout Skip to Main Content
It looks like you're using Internet Explorer 11 or older. This website works best with modern browsers such as the latest versions of Chrome, Firefox, Safari, and Edge. If you continue with this browser, you may see unexpected results. 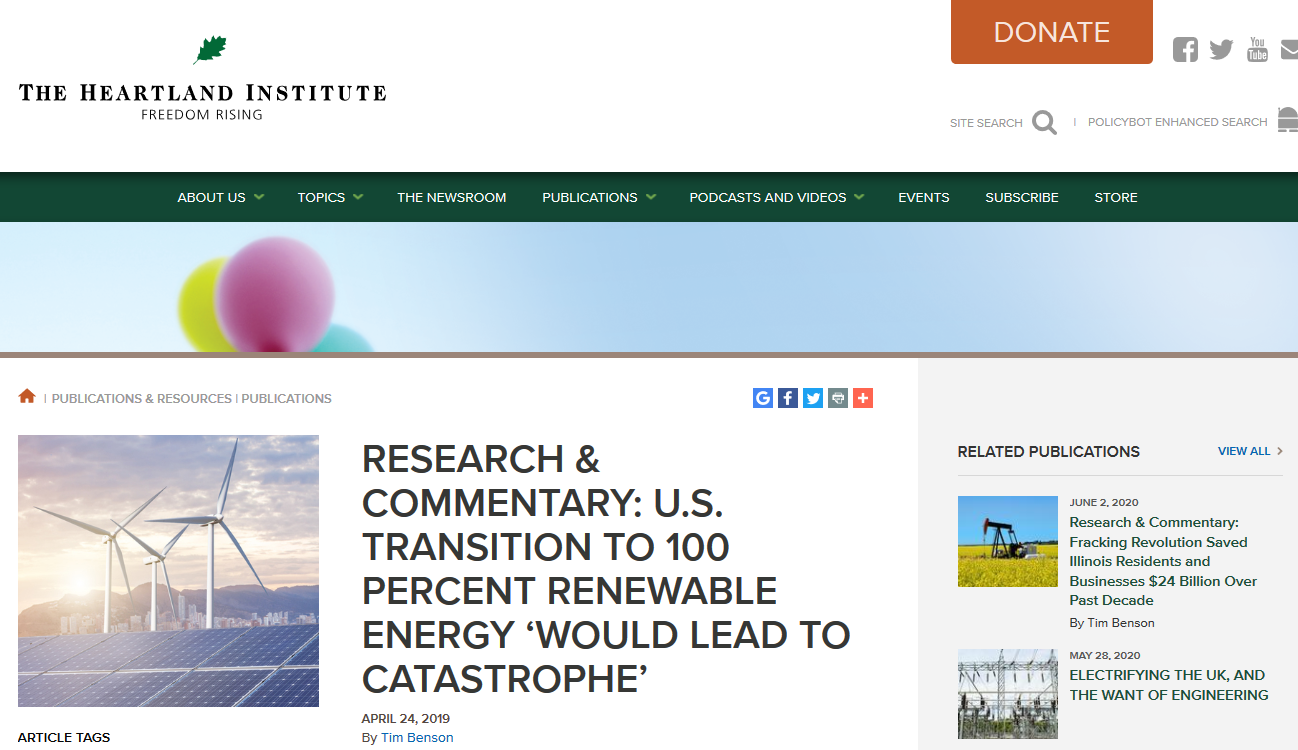 Step One: Google The Heartland Institute

Step Two: What does Wikipedia say about the organization?

According to Wikipedia, The Heartland Institute "is an American conservative and libertarian public policy think tank," and "rejects the scientific consensus on climate change..." It also states that, "Heartland has long questioned the links between tobacco smoking, secondhand smoke, and lung cancer and the social costs imposed by smokers."

Our results also include this article from a daily British newspaper, The Guardian. The Heartland Institute is owned by billionaire, Charles Koch. It just may be a biased organization and its claims may be false.

Is This a Reliable Article?

So, what did we find out? We found out this think tank actively discredits climate change, and in fact, they have a record of discrediting scientifically proven claims such as secondhand smoke. In under a minute, we learned that The Heartland Institute is not worth using for our paper. Would you have come up with the same conclusion by ONLY looking at The Heartland Institute's site? It's possible, but it's much more efficient to read laterally!