Cornell University's Law School provides an excellent free, online guide to all aspects of legal citation, from common legal abbreviations to the most recent changes to the BlueBook.

Citing primary legal sources and authorities such as court opinions, statutes, regulations, constitutions, and contracts are central for anyone doing legal writing. Law in the U.S. is based on the concept of precedent, and so special systems of citing sources on which precedent has been based are very important and strictly followed in the legal profession. The most common citation system is known as the BlueBook.

Bluebook: A Uniform System of Citation 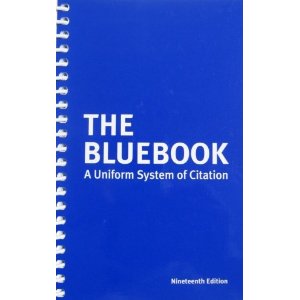 You may be required to write a research paper in your paralegal coursework. APA format is most often used in legal studies. Here are some helpful resources on following APA guidelines.

Find even more information in the