Need something fun or entertaining for Spring Break? Check out the items below: 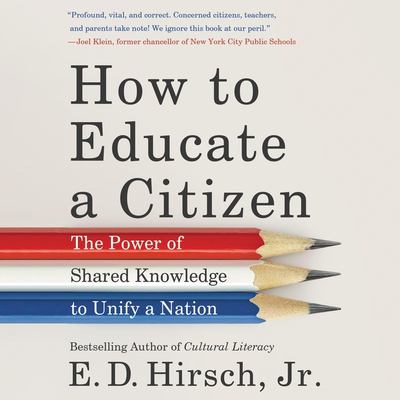 How to Educate a Citizen

"Profound, vital and correct. Hirsch highlights the essence of our American being and the radical changes in education necessary to sustain that essence. Concerned citizens, teachers, and parents take note!  We ignore this book at our peril."-- Joel Klein, former Chancellor of New York City Public Schools In this powerful manifesto, the bestselling author of Cultural Literacy addresses the failures of America's early education system and its impact on our current national malaise, advocating for a shared knowledge curriculum students everywhere can be taught--an educational foundation that can help improve and strengthen America's unity, identity, and democracy. In How to Educate a Citizen, E.D. Hirsch continues the conversation he began thirty years ago with his classic bestseller Cultural Literacy, urging America's public schools, particularly at the elementary level, to educate our children more effectively to help heal and preserve the nation. Since the 1960s, our schools have been relying on "child-centered learning." History, geography, science, civics, and other essential knowledge have been dumbed down by vacuous learning "techniques" and "values-based" curricula; indoctrinated by graduate schools of education, administrators and educators have believed they are teaching reading and critical thinking skills. Yet these cannot be taught in the absence of strong content, Hirsch argues. The consequence is a loss of shared knowledge that would enable us to work together, understand one another, and make coherent, informed decisions. A broken approach to school not only leaves our children under-prepared and erodes the American dream but also loosens the spiritual bonds and unity that hold the nation together. Drawing on early schoolmasters and educational reformers such as Noah Webster and Horace Mann, Hirsch charts the rise and fall of the American early education system and provides a blueprint for closing the national gap in knowledge, communications, and allegiance. Critical and compelling, How to Educate a Citizen galvanizes our schools to equip children with the power of shared knowledge. Supplemental enhancement PDF accompanies the audiobook. 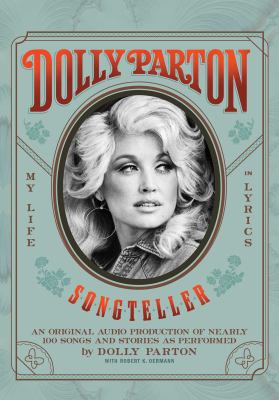 Dolly Parton, Songteller is a landmark celebration of the remarkable life and career of a music and pop culture legend. Dolly Parton herself explores the songs - and the stories behind them -- that have defined her journey. Mining over 60 years of songwriting, Dolly Parton highlights her most famous, most favorite, more influential songs and brings readers behind the lyrics to explore personal stories and myriad memories behind them. Dolly Parton, Songteller allows Dolly fans to hear her through a new lens. This is a show-stopping audio experience and a must-have for every lover of music history, country music, and Dolly Parton, which includes just about everyone. Dolly and her team have committed to extensive promotion of this archival quality audio project. She will feature it on her immense social media following - more than 8 million followers - and mention it at her concerts (once they resume). Audio Original: Chronicle Books will simultaneously release a companion hardcover comprising of Dolly Parton's collected lyrics and a pictorial history, but the audiobook is an original production. 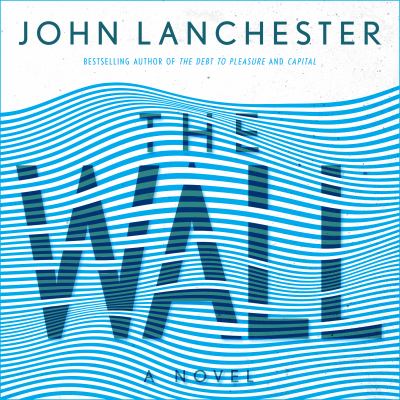 The bestselling author of The Debt to Pleasure and Capital returns with a chilling fable for our time. Ravaged by the Change, an island nation in a time very like our own has built the Wall-an enormous concrete barrier around its entire coastline. Joseph Kavanagh, a new Defender, has one task: to protect his section of the Wall from the Others, the desperate souls who are trapped amid the rising seas outside and are a constant threat. Failure will result in death or a fate perhaps worse: being put to sea and made an Other himself. Beset by cold, loneliness, and fear, Kavanagh tries to fulfill his duties to his demanding Captain and Sergeant, even as he grows closer to his fellow Defenders. A dark part of him wonders whether it would be interesting if something did happen, if they came, if he had to fight for his life . . . John Lanchester-acclaimed as "an elegant and wonderfully witty writer" (New York Times) and "a writer of rare intelligence" (Los Angeles Times)-has written a taut, hypnotic novel of a broken world and what might be found when all is lost. The Wall blends the most compelling issues of our time-rising waters, rising fear, rising political division-into a suspenseful story of love, trust, and survival. 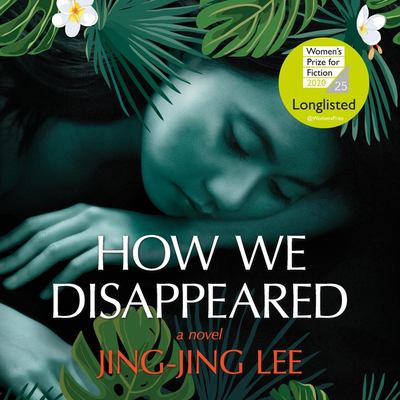 A beautiful, stunningly ambitious novel set in World War II Singapore about a woman who survived the Japanese occupation and a man who thought he had lost everything-for fans of Pachinko and We Were the Lucky Ones Singapore, 1942. As Japanese troops sweep down Malaysia and into Singapore, a village is ransacked, leaving only two survivors and one tiny child. In a neighboring village, seventeen-year-old Wang Di is strapped into the back of a troop carrier and shipped off to a Japanese military brothel where she is forced into sexual slavery as a "comfort woman." After sixty years of silence, what she saw and experienced still haunts her. In the year 2000, twelve-year-old Kevin is sitting beside his ailing grandmother when he overhears a mumbled confession. He sets out to discover the truth, wherever it might lead, setting in motion a chain of events he never could have foreseen. Weaving together two time lines and two very big secrets, this stunning debut opens a window on a little-known period of history, revealing the strength and bravery shown by numerous women in the face of terrible cruelty. Drawing in part on her family's experiences, Jing-Jing Lee has crafted a profoundly moving, unforgettable novel about human resilience, the bonds of family and the courage it takes to confront the past.

HISTORY OF THE AMERICAS 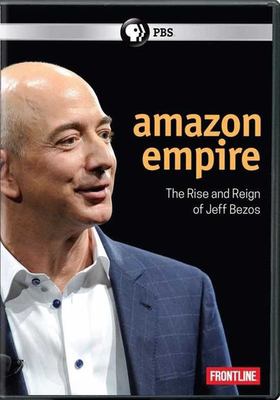 Amazon empire : the rise and reign of Jeff Bezos 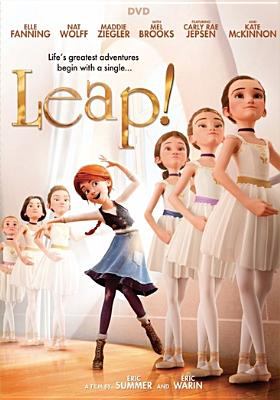 An orphan girl dreams of becoming a ballerina and flees her rural Brittany for Paris, where she passes for someone else and accedes to the position of pupil at the Grand Opera house. 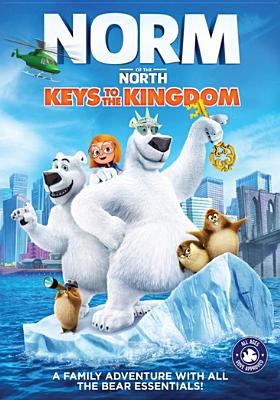 Norm of the North. Keys to the kingdom

Location: Downtown
With the help of his friends, family, and some new characters, the king of the Arctic must save New York City, and his home. 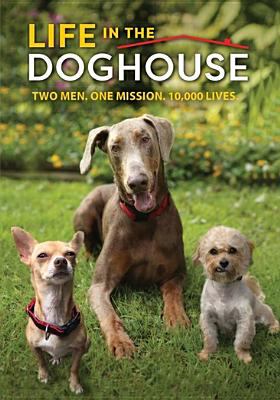 Life in the doghouse / a Filmrise release

Life in the Doghouse, directed by Ron Davis the award-winning filmmaker of the NY Times Critic's pick and 2016 box-office hit, Harry and Snowman, tells the inspiring life stories of these two men and the selfless work they continue to do. With a no-kennel policy, there can be as many as 75 dogs living with them in their home at any given time; the dogs also join them on the horse show circuit on their journey of finding their-forever home. Danny & Ron were honored with the 2008 ASPCA Humanitarian Award for their unwavering personal sacrifice and unique approach to dog rescue & adoption during hurricane Katrina. 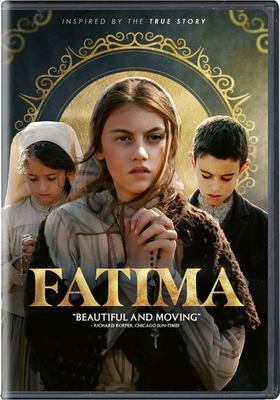 A trial of faith unfolds at the apex of World War I, when secrets are revealed to three courageous Portuguese children through a series of apparitions, while their doubting family and aggressive government officials try to silence them. 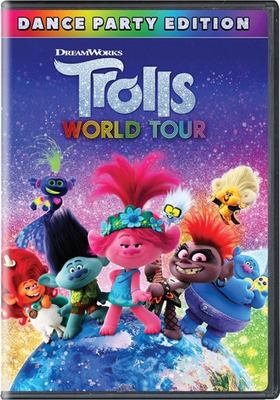 Poppy and Branch discover that they are but one of six different Trolls tribes scattered over six different lands and devoted to six different kinds of music: Funk, Country, Techno, Classical, Pop and Rock. A member of hard-rock royalty, Queen Barb, aided by her father King Thrash, wants to destroy all other kinds of music to let rock reign supreme. With the fate of the world at stake, Poppy and Branch set out to visit all the other lands to unify the Trolls in harmony against Queen Barb. 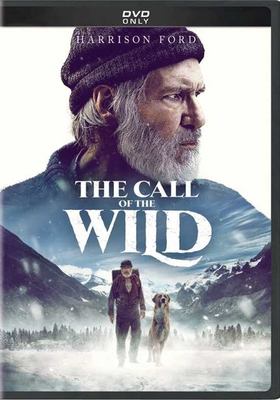 The call of the wild / Twentieth Century Studios presents

Adapted from the beloved literary classic, this film is the story of Buck, a big-hearted dog whose blissful domestic life is turned upside down when he is suddenly uprooted from his California home and transplanted to the exotic wilds of the Alaskan Yukon during the Gold Rush of the 1890s. As the newest rookie on a mail delivery dog sled team, and later its leader, Buck experiences the adventure of a lifetime, ultimately finding his true place in the world and becoming his own master.